Reflections on the State Bar of Georgia Young Lawyer’s Division

by Kevin Patrick / 30 Jun / In Reflections

As we conclude the bar year and near the end of our YLD journey, I would like to take this opportunity to recognize the commitment made by my former law firm to supporting young lawyers, the life-long values fostered through the YLD and other members of the profession, and the importance of having a caring and supportive family:

I am forever grateful to Goodman, McGuffey, Lindsey & Johnson, LLP, for not only hiring me as a young associate many years ago, but also encouraging me to become actively involved in the YLD. During one of my first mid-year reviews, I was deeply touched when a senior partner asked me, “Kevin, what can we do to support you?” The firm truly recognized that the practice of law goes well beyond billable hours, and they invested in the future of our profession. Civic and professional development for young associates is paramount to a rewarding and fulfilling legal career. They were and still are my role models. Years from now, I certainly hope to extend the same encouragement and support to a younger lawyer embarking on a legal career.

Like the firm, the YLD teaches young lawyers the “right” way to practice law. The judiciary, senior members of the bar, and leadership of the YLD all took the time to serve as mentors for us. For example, I still remember Chief Justice Hugh P. Thompson speaking to the Litigation Committee. His humorous, but sage advice to “stop digging if you find yourself in a ditch” carries with all of us. During my first out-of-state YLD meeting to Washington, D.C., I recall former presidents of the State Bar, like Ken Shigley, sitting with us at dinner. The simple act of breaking-bread with us made us feel welcomed and appreciated as young lawyers. Along with the judiciary and members of the bar, former leaders of the YLD, like Sharri Edenfield, still remain actively engaged in YLD events, such as the Signature Fundraiser and Leadership Academy.

Most importantly, I am thankful for my parents, Charles and Denise Patrick, encouraging me to enter into the practice of law. I remember them sitting in the courtroom watching me participate as a junior and senior at The Walker School in the high school mock trial program. At the University of Georgia, my mother recalled the words of John Milton and encouraged me to study the Classics, especially the legal system during the Roman republic. And finally, Mom and Dad were ever so supportive during the first year of law school and were there along with my relatives to celebrate my graduation from Mercer University. My parents made countless sacrifices, believed in me, and ultimately recognized law was one of the noblest professions. From the bottom of my heart, thank you!

Daycare negligence cases present novel issues relating to valuation and settlement because the emotional and psychological damages can be difficult to quantify. Medical bills do not always accompany those damages. Furthermore, children may be unable to articulate the problems caused by an abusive situation at a daycare facility until they are more mature. By that point, the statute of limitations may have expired for certain claims.

The facility and insurance carrier usually attempt to downplay the value of case by harping on modest medical expenses, but there are other types of damages in these situations. For example, the increased costs of childcare can be multiplied over the course of several years, and parents have a right to be reimbursed for their time away from work for doctor’s appointments. A common approach for the facility and insurance carrier in calculating the total settlement offer is to simply multiply the special damages by a factor of one or two. The plaintiffs can combat this approach with dialogue along these lines: “We can all agree that this case isn’t just another soft tissue car accident case, right?” Emotional value carries a premium.

One way to maximize the ultimate value of a case is through a structured annuity settlement. An annuity is a contractual agreement with a financial institution designed to turn a lump sum settlement into periodic payouts over time. The gross payouts from an annuity has the potential to exceed the settlement amount itself. Whether this is a good option in any particular case will depend on the unique financial situation of the child’s family. A structured annuity settlement, if untouched, may help the family pay for higher education.

O.C.G.A. § 29-3-3 governs the settlement of minor’s claims. This statute is complex, but as a general rule of thumb, a parent or natural guardian is permitted to settle a minor’s claim without becoming the conservator or seeking approval from the court when the gross amount is less than Fifteen thousand dollars ($15,000.) From a practical perspective, a settlement for small claims right below this threshold helps to avoid protracted litigation and possible attorney’s fees.

Treating a child’s case as a ‘run of the mill’ accident violates everyone’s fundamental sense of right and wrong. As trial lawyers, we hold the keys to helping secure a brighter future for injured children and their families. 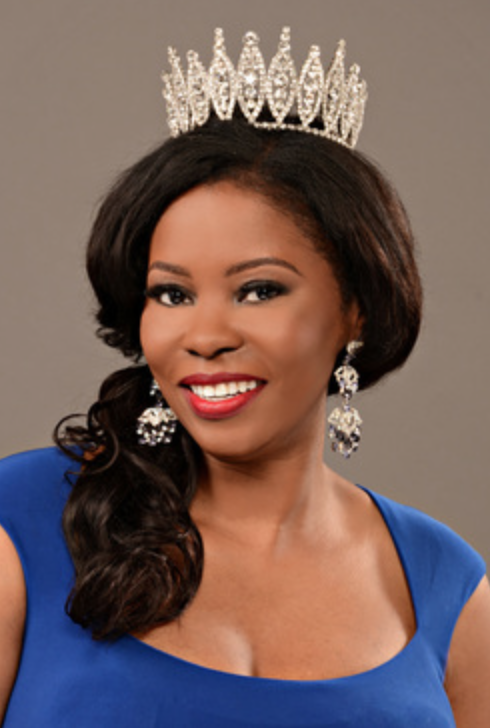 Given our firm’s focus on daycare negligence, we were delighted to meet Mrs. Jacqueline Boatwright-Daus, who as Mrs. Georgia International 2016, is championing the prevention of daycare injuries. She graciously put together an article for lawyers in the state of Georgia about her son’s story:

After weeks of searching, I’d finally found the child care center for my 3 month old son. It was perfect; clean, small, and close to home. I spent two or more hours quizzing the center owner from my prepared list of questions. My eyes fixated on the owner’s body language, waiting for her to blink, or show any form of nervousness with each asked question, a fixation so strong that it was only broken when she dropped her pen and bent down retrieve it, revealing what sealed the deal; her state issued licensed. Twelve months later, that license would deem worthless in my opinion. My then 14 month old son was found head first in an unattended bucket of mop water containing bleach and other chemical at his state licensed child day care center leaving him semi-comatose and ventilator dependent. For next 10 years, our lives were emotionally, physically, and financially broken. His name was Anthony DeJuan Boatwright affectionally known as “Juan.”

To add insult to my son’s injury, I would find out that the state of Georgia does not require state licensed child care centers to carry any form of liability insurance nor to inform unsuspecting parents. This had to be one of, it not the greatest oversights in the history of law making. My plumber was licensed, insured, and bonded, so was the contractor that did work on my home. In fact, I had to have liability insurance on my car, my house, and the lovely pool in my back yard. Truth be told, I felt I’d failed my son; but I knew in my heart my state and the child care center failed my son and me by not sharing information that could have possibly impacted my decision in choosing a child care center. In the midst of being broke, busted, and borderline disgusted, I knew that my son’s life had to mean something. The world never got to know the little boy whose only clear articulated words were “thank you.” He never made it out of daycare.

After nearly losing everything I’d worked so hard to obtain, I chose to spend the rest of my life fighting for the children who were presently attending child care and those who were yet to come. I won my first battle in 2004 when then Governor Perdue signed Juan’s Law, requiring child care centers in Georgia to inform parents of their insurance status by posting if they were uninsured and by getting parents to sign an affidavit stating the parents were aware that they were leaving their child with an uninsured, although state licensed, child care center. My second battle was won in 2006 when then Governor Tim Kaine of Virginia signed Juan’s Law. Persuading the federal government of their involvement resulted in the US House passing The Anthony DeJuan Boatwright Act in 2007 and again in 2009. Should this pass out of the Senate, this would cover the nearly 40 other states that do not require child day care centers to carry liability insurance and I know save millions of lives of children around our country.

In sum, the efforts made by Mrs. Boatwright-Daus continue to help our children in day care facilities, but we must continue to press these issues in order to carry on the legacy of Juan.