What types of lawsuits can I bring against a daycare facility? 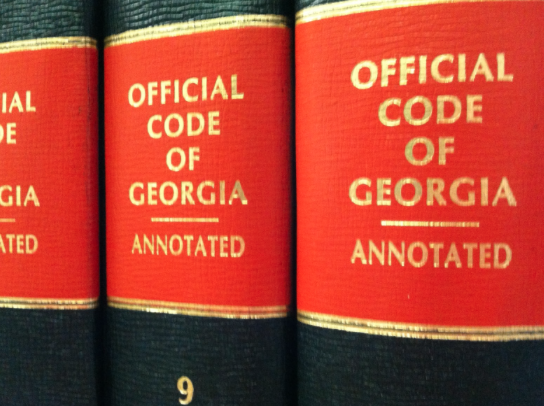 People often wonder about the types of cases that can be brought against a daycare facility. It’s a complicated question. While the particular facts of the incident will dictate the cause(s) of action, this article will focus on five of the more common types of claims against the daycare facility:

As with any personal injury case, standard for basic negligence in a daycare negligence case is the “degree of care which is exercised by ordinary prudent persons under the same of similar circumstances.”[i] An example of basic negligence is an employee simply lifting a child off a changing table by one arm, leading to a dislocated elbow. Other examples include staff giving the wrong prescription medication to children or feeding a child a lunch with a known allergen, such as peanut butter. [ii]

These claims may be ripe against a daycare facility based on the findings from DECAL’s investigation as long as there is a casual connection between the harm and the type of harm the statue was designed to protect.[iii] A common example is improper classroom ratios. DECAL regulations require a 1:10 staff to child ratio for two year old children.[iv] When these ratios are exceeded by the facility, employees are not always able to meet the needs of individual children. This may result in life-threatening scenarios, such as a child being left to asphyxiate in a crib.

This doctrine allows for an inference of negligence when an injury ordinarily does not occur in the absence of negligence.[v] For example, a doctor determined a broken femur could not have resulted simply from a child running and falling in the classroom.[vi] Instead, the doctor opined that the injury could only have resulted from a fall greater than the height of a child or from a significant twisting of the child’s foot when it was locked into place. Res ipsa loquitur was warranted in this situation, giving an inference of negligence. Courts are, nevertheless, mindful that this doctrine “should be applied with caution and only in extreme cases.”[vii]

Unlike premises liability claims, which typically require a specific showing of a prior similar act on a defendant’s property; claims for negligent supervision of a child do not necessarily require a prior similar act. The standard for these types of cases is “whether the danger of the type of harm the child suffered was reasonably foreseeable.”[viii] For example, a child being abducted from a daycare, getting struck by a car in the street, or drowning in a swimming pool are reasonably foreseeable dangers even though they may not have previously occurred at that particular facility.[ix] Of course, daycare facilities do not have the duty to foresee and guard against every possible hazard.[x] As a practical matter, a good question to ask when distinguishing between whether harm is foreseeable or not is “Do parents ordinarily worry about this type of situation hurting their children?”

Punitive damages are available under O.C.G.A. § 51-12-5.1 to punish and deter a defendant when there is clear and convincing evidence of exceptionally bad conduct. Punitive damages cases involve aggravating circumstances.[xi] A claim for punitive damages against a daycare is usually only viable when there are prior similar incidents. However, a single incident of heinous conduct, such as using torture as a form of discipline on a child, may warrant the imposition of punitive damages. DECAL records are an important resource for finding prior incidents.

Pleading punitive damages, if warranted, poses a delicate situation because they are usually excluded from available coverage, which most likely triggers a reservation of rights letter. An insured may then lean heavily on the insurer to settle a case because the threat of a bifurcated trial creates very real risk of exposing the facility’s business assets.

[ii] Out of an abundance of caution or for tactical reasons, such as venue, a complaint may contain a separate count specifically naming the individuals involved in the incident. Additionally, there may be another count alleging respondeat superior liability under O.C.G.A. § 51-2-2 against the daycare facility based on that person’s actions in the course and scope of employment.

[x] See Doe I v. Young Women’s Christian Ass’n of Greater Atlanta, Inc., 321 Ga. App. 403 (2013)(holding that a sexual assault on a child by an older child was not reasonably foreseeable because there was a lack of evidence showing a proclivity by the older child to engage in acts of sexual violence or admissible evidence of other sexual assaults on the premises).